I am so excited to announce the sequel to Dimwater's Dragon. It's coming out this Summer, and explores deeper into Kyra's adventures. In fact, it's available for pre-order on Kindle and I have a preview of the cover below for you to see. :)

Check it out by clicking here! 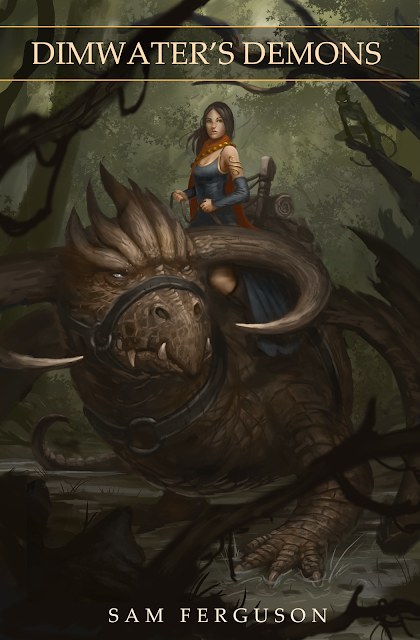 I am very excited to announce that we are in the beginning stages of producing an audio book for Jonathan Haymaker. Dragon Scale Publishing is working with ACX to screen auditions right now for narrators.

If you happen to know anyone who does voice work, click here to be taken to the audition information on ACX.

This should be fun! 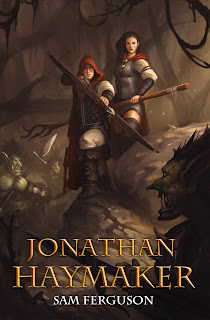 Working on some very cool projects!


2016 is shaping up to be an incredible year so far. I am back in the gym hitting the weights harder than I have in years. I have a bit more of that stubborn fat to burn off, but I don't know many writers who can Squat 505, Bench 335, and Deadlift 505. Not world record numbers, but certainly better than when I started in January.

But, there are also a lot of writing projects that I am super thrilled to be a part of.

I just released Wealth of Kings, a story about Al taking over as King of Roegudok Hall after finishing his adventures with Erik Lokton in The Dragon's Champion series. However, we aren't done with the dwarves yet. I just got word that we are green-lighting a comic series about the dwarves of Roegudok Hall. It will be set in the founding years of the kingdom, and promises to be a lot of fun. I will keep you updated with that as the comic progresses.

Also, we are set to finish all six of the audio books for the Dragon's Champion series. (The first one is already out. Catch a preview of it here!)

And, of course there are more books on the way!

Check out The Fur Trader, available now for pre-order on kindle. 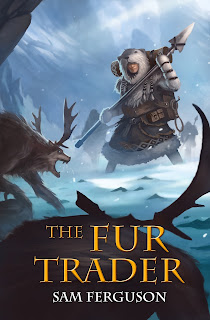 And there are still more surprises coming.

Dimwater is coming back in her sequel to Dimwater's Dragon.

Jonathan Haymaker is making a comeback in an all new adventure!

More details to come!
Posted by Sam Ferguson No comments:

Check out Al's all new adventure, The Wealth of Kings! 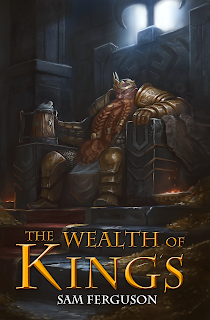 Al is back in his all new adventure. The Wealth of Kings is now available in e-book format. Click here to check it out! I hope you enjoy it.


Al has returned to his home in Roegudok Hall after his adventures with Erik and Master Lepkin finished. As any new king should, Al is quick to organize his kingdom and fill vacancies left in the royal court in the aftermath of the many battles the dwarves were pulled into.

Looking for greater wisdom, he turns to his father's library. He soon stumbles upon a dark secret that dwells in the depths of the mountain. Al's search for the Wealth of Kings, may prove to be his finest hour... or it might consume all who live within Roegudok Hall and unleash a terrible evil that was lost and buried during the time of the Ancients.