So, The Dragon's Test (#3 in the Dragon's Champion series) has been out for a while, but it's still cool to see things like this roll in. Brightens my day.

*leaves computer to go "tax" the candy brought home by the kids*
Posted by Sam Ferguson No comments:

Really, all you need to know about this wonderful tale is encapsulated by the cover. (Thank you, Bob Kehl for the great work!) We have all read the same kind of story many times. A lonely farm boy with seemingly nothing to offer is found by a great and powerful wizard, teams up with an elf or a dwarf (or both) and goes off to save the world from an uber bad guy who wants to conquer the whole planet/realm/kingdom/universe...

Well, this is exactly like that-- except it's better. Simplin the Wise is the great wizard in this book, and he is on his way to find the Epic Farm Boy prophesied of as the savior of Deltynne. Simplin is the best wizard for the job too, because he got all A's during his training at the College of Spells-n-Stuff. (Well, except for frog-transmutation, but really, who uses that spell anymore right?)

After finding the Epic Farm Boy destined to save the world, there are adventures aplenty as somehow the villain discovers the boy at the same time Simplin the Wise does. They run from giant spiders, fight nasty demons, and do lots of walking through epic landscapes that look great in your head, but probably would look better on screen if filmed in the mountains of New Zealand with a handful of A-list actors and super awesome effects... but I digress.

Throughout the tale you will laugh, and possibly dance on the table like the dwarf on the cover, as you see Simplin the Wise get his gardening advice from a sage by the name of Yew Toob, an accident with giant spiders leads to Shelob's creation, Simplin the Wise gets into an argument with the author about plot details, you witness a fun cameo by Dr. When -- the not-so-famous cousin of another Dr. who uses a blue box instead of a red one... and much, much more! 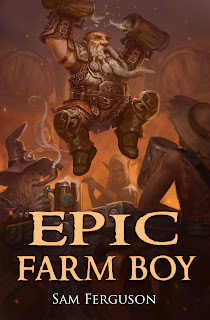 The kickstarter project for Dominion's hardcover print run has started!

I am so excited to announce this that I have got more wiggles than a three-year-old hopped up on a load of candy ... and I know this because my three year old is currently chowing down and going a bit wild...

The official Kickstarter launch is Friday, but I am doing a soft launch just for people who subscribe to my blog and FB pages. I won't go into a ton of detail, you can see all the prizes for yourself by clicking the link below. Then, please share on your social media sites and let's get Dominion ready to launch in a BIG way! 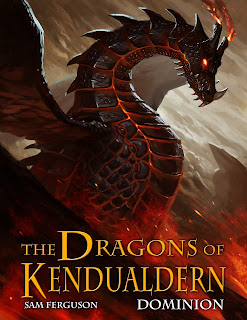 The next installment of The Dragons of Kendualdern: Dominion

Help me kick off the next installment of the Dragons of Kendualdern!

Dominion is an action-packed adventure that follows Karlax, a young dragon prince hell-bent on vengeance and domination. If you thought you knew everything about Gorliad's story, you were wrong! This book opens up during Siravel's murderous attack on another kingdom. In the wake of her destruction, Karlax is the sole dragon survivor. After helplessly watching his home fall to Siravel's might, he has sworn never to forget.

The main goal of the kickstarter isn't actually to fund the book itself. The cover art, editing, writing, is all either completed, or in process and has sufficient funds allocated to it. The kickstarter's main goal is two-fold. The first is to reward you guys for being awesome! I'll have some rewards that should be very fun for you to choose from, such as free e-book of your choice along with a copy of Dominion, or a special hardcover edition of Dominion along with a super fun book bag, things like that. I even have a few shirts to give away... In fact, here's a sneak peek at some of the rewards: 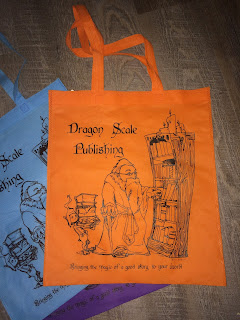 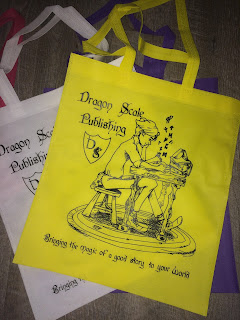 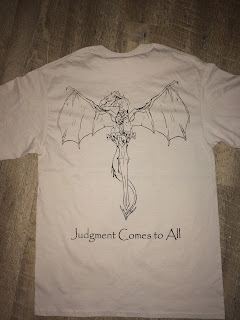 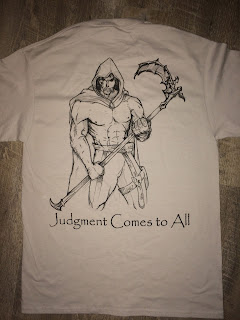 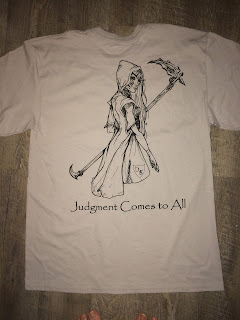 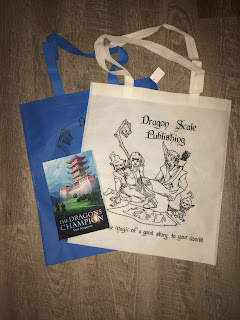 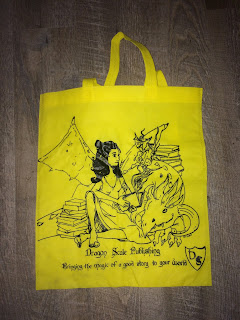 So jump on board and check out the link below. It has the official countdown timer for the kickstarter launch which is happening this Friday!